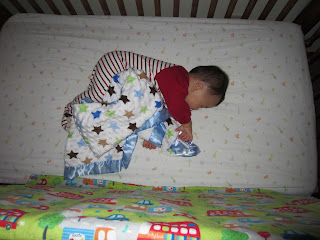 We are blessed.
Posted by Rebecca at 9:38 AM

Everyone's adoption timeline is different, but this is what ours was like with Simeon's adoption:

August, 2009 - Begin adoption process in Taiwan (get on a waiting list with an adoption agency, complete home study).

Later...at the suggestion of our adoption agency, get on Taiwan Xi En's waiting list.